MOSFET Transistors or Metal Oxide-Semiconductor (MOS) are field effect devices that use the electric field to create a conduction channel. MOSFET transistors are more important than JFETs because almost all Integrated Circuits (IC) are built with the MOS technology. There are two kinds of MOSFET transistors:

At the same time they can be enhancement transistors or depletion transistors. In the present days the last ones are not used. In these tutorials we will describe only the enhancement MOS transistor.

The following image shows the different symbols used to describe the MOS transistor. 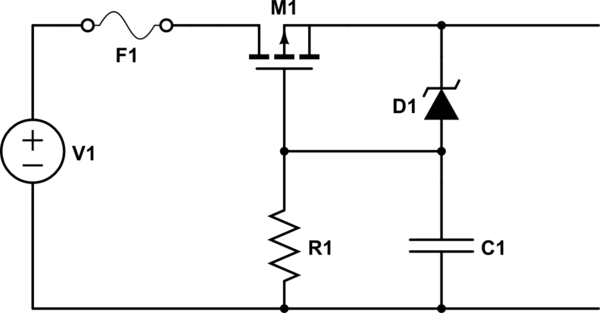 We can verify that VGS < VT and the current ID is zero.

The transistor behaves as a nonlinear resistive element, controlled by voltage. Check the following equations:

is a characteristic parameter of the MOS transistor, which depends on the k constant and the size of the transistor gate (width W and length L).

In this region, the quadratic relationship between VGS and ID is shown in the left part of the picture. In a similar way to the JFET transistors, it can be used to identify, by graphical methods, the bias point of the transistors. This method is rarely used.

Finally, note that the table above shows the differences in sign and direction of the currents and voltages between NMOS and PMOS transistors.