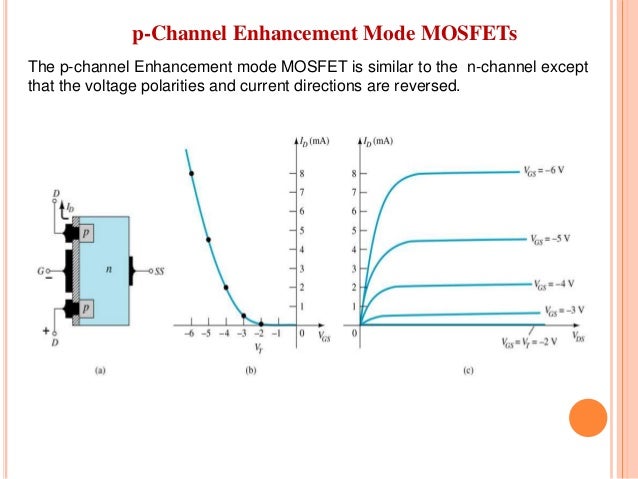 One of the important applications of MOSFET in the field of Power Electronics is that it can be configured as a simple analogue switch. With the help of such analogue switches, digital systems can control the flow of signals in analogue circuits.

Before going into the details of how a MOSFET acts as a switch, let me take you through a recap of the basics of a MOSFET, its operation regions, internal structure etc. For more information on MOSFETs, read the MOSFET Tutorial.

A MOSFET or Metal Oxide Semiconductor Field Effect Transistor, unlike a Bipolar Junction Transistor (BJT) is a Unipolar Device in the sense that it uses only the majority carriers in the conduction.

It is a type of field effect transistor with an insulated gate from the channel (hence, sometimes called as Insulated Gate FET or IGFET) and the voltage at the gate terminal determines the conductivity.

Speaking of terminals, a MOSFET is typically a 3-terminal device, which are Gate (G), Source (S) and Drain (D) (even though there is a 4th terminal called Substrate or Body, it is usually not used in either input or output connection).

The symbols for each of these types of MOSFETs are shown in the image below.

If we consider an N-channel MOSFET, both the Source and Drain are made up of n-type, which sit in a P-type substrate.

Working of a MOSFET

Let us now try to understand how an n-Channel Enhancement Mode MOSFET works. In order to carry a drain current, there should be a channel between the drain and source regions of the MOSFET.

A channel is created when the voltage between gate and source terminals VGS is greater than the threshold voltage VTH.

When VGS > VTH, the device is said to be in triode (or constant resistance) region or saturation region depending on the voltage across drain and source terminals VDS.

When VGS < VTH, then the device is in off state. The gate current in either regions of operation is very less (almost equal to zero). Hence, MOSFET is known as Voltage Driven Device.

Based on the above-mentioned working of a MOSFET, it can be concluded that a MOSFET has three regions of operation. They are:

A MOSFET operates in cut-off region when VGS < VTH. In this region, the MOSFET is in OFF state as there is no channel induced between drain and source.

For the channel to be induced and MOSFET to operate in either linear or saturation region, VGS > VTH.

Coming to saturation region, as VDS > VGS – VTH, the channel pinches off i.e., it broadens resulting in a constant Drain Current.

Semiconductor switching in electronic circuit is one of the important aspects. A semiconductor device like a BJT or a MOSFET are generally operated as switches i.e., they are either in ON state or in OFF state.

For a semiconductor device, like a MOSFET, to act as an ideal switch, it must have the following features: 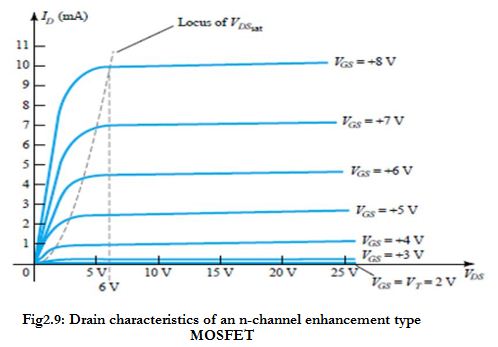 But the World isn’t ideal and it is applicable even to our semiconductor switches. In a practical situation, a semiconductor device like a MOSFET has the following characteristics.

Working of a MOSFET as a Switch

If you understood the working of the MOSFET and its regions of operation, you would have probably guessed how a MOSFET works as a switch. We will understand the operation of a MOSFET as a switch by considering a simple example circuit.

This is a simple circuit, where an N-Channel Enhancement mode MOSFET will turn ON or OFF a light. In order to operate a MOSFET as a switch, it must be operated in cut-off and linear (or triode) region.

Assume the device is initially OFF. The voltage across Gate and Source i.e., VGS is made appropriately positive (technically speaking, VGS > VTH), the MOSFET enters linear region and the switch is ON. This makes the Light to turn ON.

If the input Gate voltage is 0V (or technically < VTH), the MOSFET enters cut-off state and turns off. This in turn will make the light to turn OFF.

Example of MOSFET as a Switch

This device should take in a control signal from the microcontroller (usually the voltage of this signal is in the working voltage range of the microcontroller, 5V for example) and supply power to the LED, which in this case is from a 12V supply.

The device which I am going to use is a MOSFET. The setup of the above-mentioned scenario is shown in the following circuit.

When a Logic 1 (assuming a 5V Microcontroller, Logic 1 is 5V and Logic 0 is 0V) is supplied to the gate of the MOSFET, it turns ON and allows drain current to flow. As a result, the LED is turned ON.

Similarly, when a Logic 0 is given to the gate of the MOSFET, it turns OFF and in turn switches OFF the LED.

Thus, you can digitally control a high-power device with the combination of Microcontroller and MOSFET.

An important factor to consider is the power dissipation of the MOSFET. Consider a MOSFET with a Drain to Source Resistance of 0.1Ω. In the above case i.e., a 12W LED driven by a 12V supply will lead to a drain current of 1A. 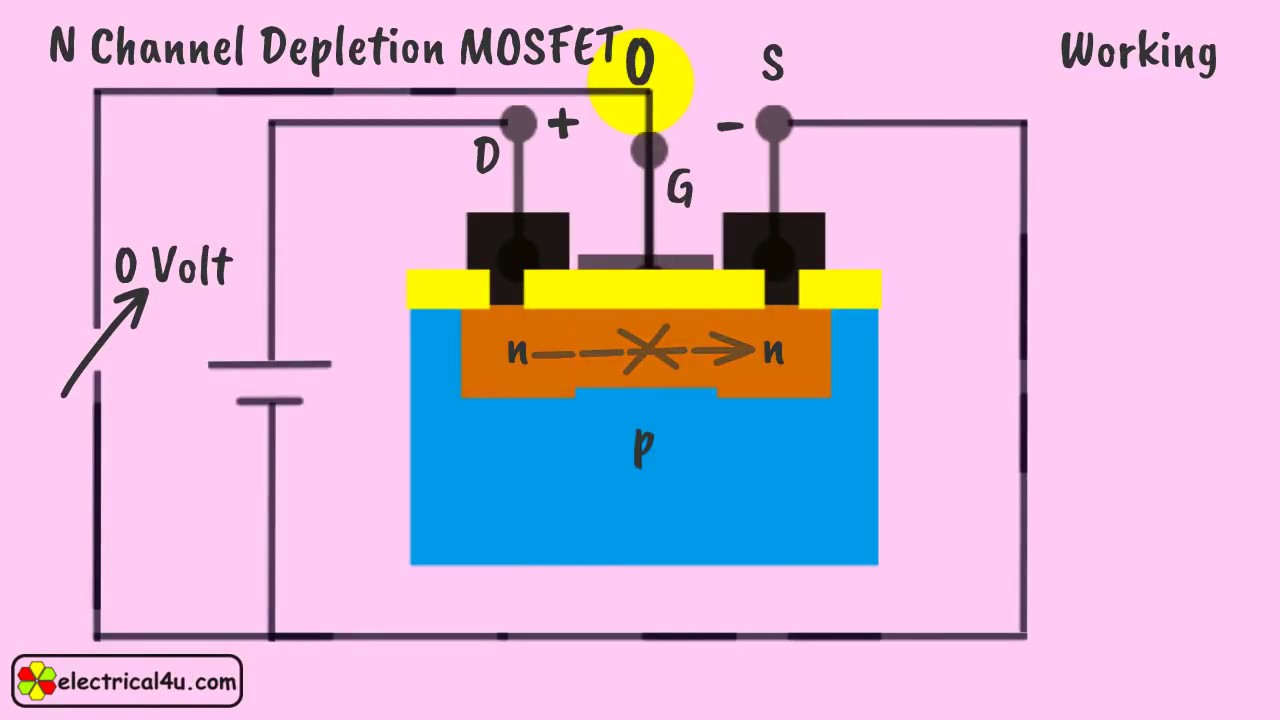 This seems to be a low value but if you drive a motor using the same MOSFET, the situation is slightly different. The starting current (also called as in-rush current) of a motor will be very high.

So, even with RDS of 0.1Ω, the power dissipated during the start-up of a motor will still be significantly high, which may lead to thermal overload. Hence, RDS will be a key parameter to select a MOSFET for your application.

Also, when driving a motor, the back emf is an important factor that has to be considered while designing the circuit.

One of the main advantages of driving a motor with MOSFET is that an Input PWM signal can be used to smoothly control the speed of the motor. 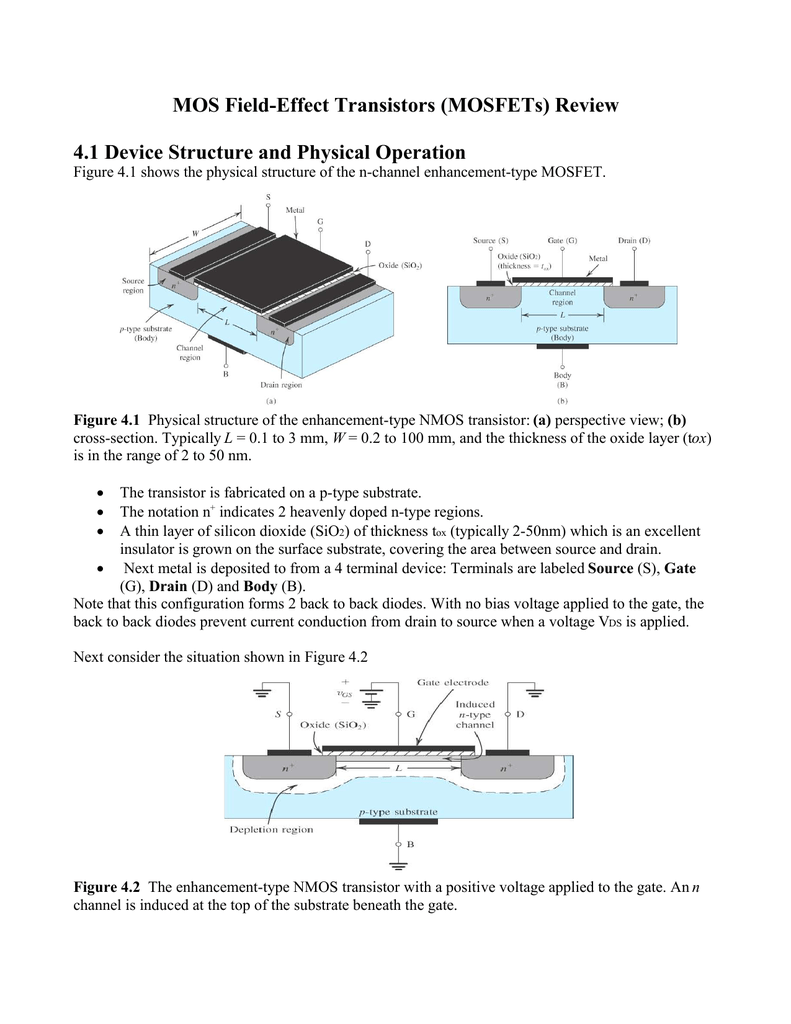 A complete beginner’s tutorial on MOSFET as a Switch. You learned some important basics of MOSFET (its internal structure and regions of operations), ideal vs. practical Semiconductor switch, working of a MOSFET as a Switch, and couple of example circuits.