A triumphant platformer with both brain and heart. 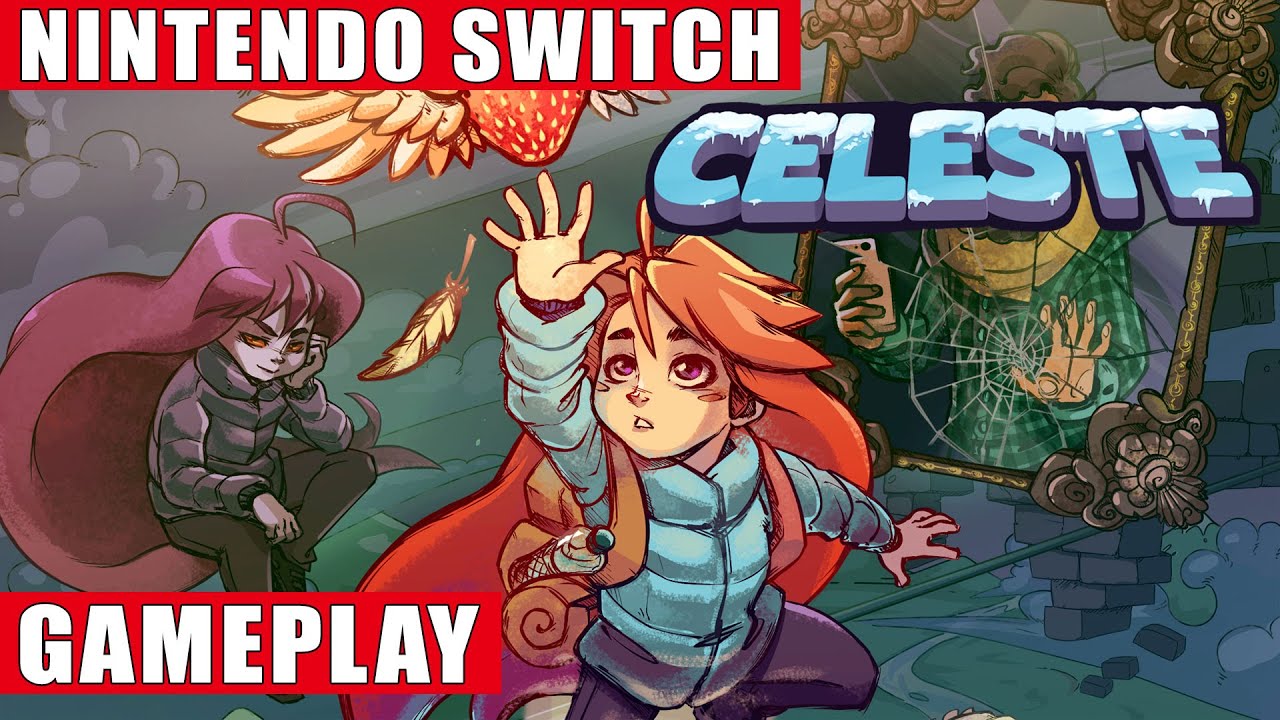 The free farewell update for the highly-praised indie platformer Celesteis now available on the Nintendo Switch. It includes more than 100 levels, over 40 minutes of new music and various new. Starting out life as an entry for a game jam back in 2015, developer Matt Makes Games (of TowerFall fame) has brought Celeste to Nintendo Switch as a fully realised action platformer.

Let’s get something straight: I play games for fun. I’m not even particularly good at them. High score leaderboards? Don’t care. Platinum trophies? Haven’t earned a single one. ‘Very Hard’ difficulty modes? You must be joking.

The platformer genre, however, has some of the most gruelling challenges gaming has to offer. I cringe thinking back to how frustrated I’d get playing Mega Man, Super Ghouls ‘n Ghosts or Battletoads as a kid. More recently I’ve trifled with modern indie darlings Spelunky and Super Meat Boy, but was all too ready to throw in the towel after an hour.

So how did Celeste, a platformer clearly inspired by many of the above, capture my attention? Why did I see it through to the end of its story and beyond?

Celeste tells the tale of Madeline, a charmingly awkward redhead determined to climb the titular Celeste Mountain. An infamously brutal and treacherous expedition, she’s not even sure why she’s putting herself through it. But something inside tells her it’s the right thing to do.

This leads to traversing progressively deadlier environments on her ascension of the mountain. Each region is completely distinct and dripping with atmosphere, thanks in no small part to vivid pixel art and a fantastic soundtrack. Whether evoking chilled ambience or spurring you on with catchy, uptempo melodies, the background music is consistently sensational.

The platforming erupts with creativity, too, every level mixing up the formula with new mechanics to learn and threats to avoid. A decrepit hotel is haunted by formless ghouls, the level shifting its structure as you trigger switches. An ancient temple illuminates as you explore its innards, traversing its labyrinthine passages with the use of magical floating orbs. Much of the levels can be approached at your own pace, but several boss sections shake this up as you chase – or get chased by – an adversary, on top of having the platforming to worry about.

Something which all levels have in common is a remarkable number of ways to die. Make no mistake, Celeste is a hard game. I can’t decide whether the fact that it keeps a running total of your deaths is clever or just plain cruel. My counter’s sitting at 4,218 right now, in case you were wondering. Don’t judge.

In a crucially generous move, however, levels are granularly segmented with checkpointing. You’ll die, try again, die, get a little further, die, cock up right at the beginning, die. But every section is mere seconds long, and after failure you’ll just blink back into life again, ready for your fiftieth attempt. This makes all the difference in keeping frustration at bay.

Many of Celeste’s fiercest challenges are merely optional, too – reserved for thrillseekers, masochists and everyone in between. Around 200 collectible strawberries are scattered across the world, some in plain sight and others hidden down secret passages. Each is a life-and-limb trial to grab the strawberry and make a safe landing. Though entirely inconsequential to your progress, they’re frankly irresistible. I’d happily spend 20 minutes at a time butting my head against a (spiked) wall to try and earn a single one.

But the point is, you don’t have to. Similarly, unlockable ‘B-sides’ remix every level in order to push you to your absolute limits, but they’re non-compulsory. After trying one and barely making it through with my sanity intact, I may give the rest of them a miss. My only real gripe is that some secrets are a little too much so. Certain collectibles are either in the remotest locations or require feats of bizarre logic to access them. I’m talking walkthrough territory for us mere mortals.

Little else in Celeste feels insurmountable. More than just a test of extreme reflexes and blind faith, every level is a puzzle. Look closely and there are rhythms, patterns, structures to uncover. The dash, a crucial mechanic (and a throwback to the developer’s previous game, Towerfall) is eight-directional, giving mathematical precision to your movement. The downside of this directional rigidity is that countless times I died due to accidentally dashing 45° in the wrong direction. You’ll need a controller – and a left thumb – you can trust.

A remarkable boon to approachability, however, is Assist Mode. Whilst gently encouraging you to try and complete the game without it first, Assist Mode lets you slow down the action in increments, give yourself infinite dash boost and other aids. It’s almost unprecedented for a game of this ilk to be so open to ‘taking the easy route’, for those who wish to.

And you shouldn’t be ashamed to do so. It’s telling that the amount of muscle memory and pattern recognition required to play gave me the strongest game transfer phenomena that I’ve experienced in some time. All I’d see when closing my eyes was Madeline dashing up walls and across spiked chasms.

Ghosting my vision isn’t the only way Celeste made an impression on me. Imbuing the rock-solid platforming with purpose is a surprisingly meaningful story. You’ll meet just a few characters on your otherwise lonely path, but conversation with these acquaintances runs deep through topics like mental health and the struggles of everyday life. Madeline’s ascension of the mountain feels symbolic in light of these conflicts, a journey in more ways than one.

It’s this sense of purpose which helped me endeavour through the toughest challenges on the path to Celeste Mountain’s peak. Celeste never revels in its difficulty, never mocks your failures. It’s both brutally unforgiving and uncharacteristically accessible. More than anything it’s a beautiful, captivating world I couldn’t help but feel a part of.

Brave hundreds of hand-crafted challenges in this super-tight platformer, as you help Madeline survive her journey to the top of Celeste Mountain! 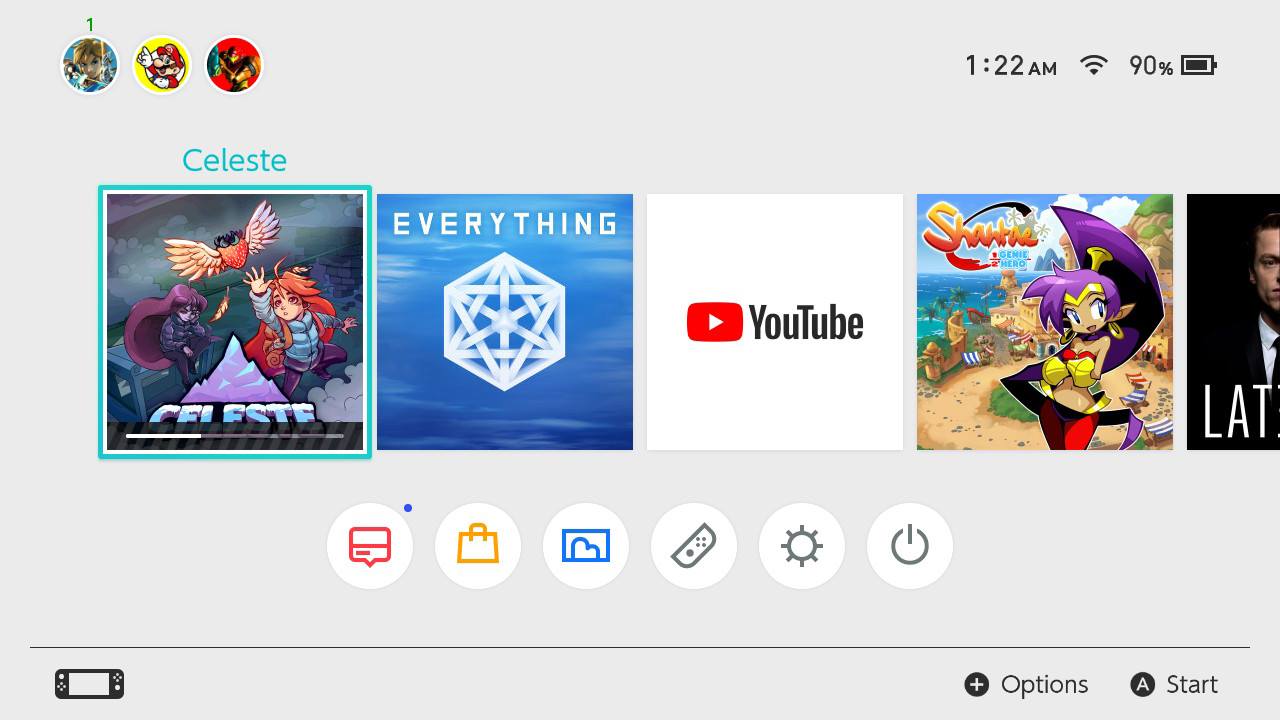