The Captain Toad™: Treasure Tracker game, which originally launched for the Wii U™ system to critical acclaim and adoration by fans, is coming to the Nintendo Switch™ system. This version includes new stages based on the various Kingdoms in the Super Mario Odyssey game. Also, play with a friend by sharing a pair of Joy-Con™ controllers. Captain Toad has hidden himself right at the top of the map in the Snow Kingdom so start off by travelling to the 'Corner of the Freezing Sea' checkpoint in the top-right. From the flagpole, make. 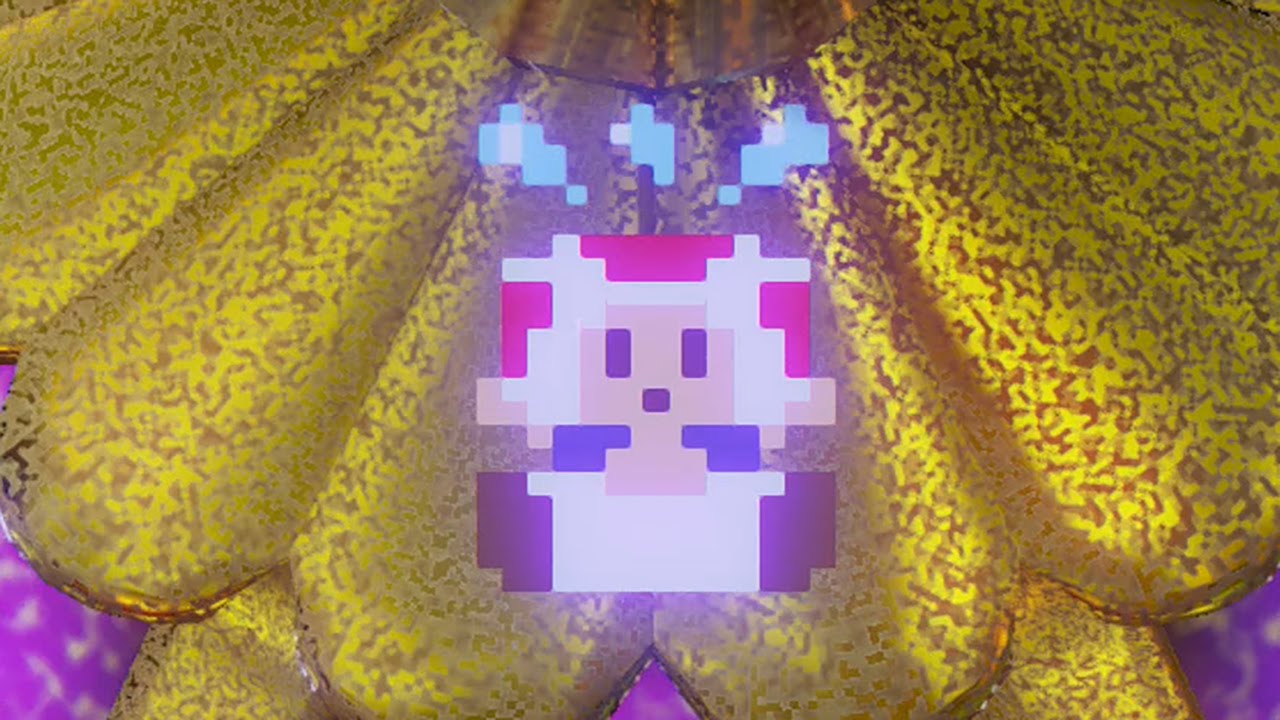 Captain Toad stars in his own puzzling quest on the Nintendo Switch™ system! Our stubby hero must dodge dangers and track treasures across many trap-filled courses. Survive smoldering volcanoes, hazardous steam engines, haunted houses, and even new courses based on the Super Mario Odyssey™ game! Luckily, a second player can join in by tossing turnips at enemies.
Play anytime, anywhere, and anyway you want—even in two-player mode using a pair of Joy-Con™ controllers on one Nintendo Switch system—in TV mode or Tabletop mode. You could also play alone in handheld mode! No matter what, explore each puzzling course for treasure, like hidden Super Gems and Power Stars. As you reclaim the treasure stolen by the monstrous, greedy bird, Wingo, you’ll eventually be able to play as Toadette! These tiny heroes must waddle, hide, pluck, chuck, and power-up through enemy-infested locales like towers, wild-west shanties, and Goomba waterparks—all bursting with secrets. Aim your head-mounted flashlight at adventure!
With a free software update for the Captain Toad game and the Toy-Con VR Goggles from Nintendo Labo™: VR Kit, join Captain Toad for a bite-sized bonus experience in simple, family friendly VR*. Discover these experiences by revisiting the following courses as Captain Toad in four new mini-missions:

Players:
up to 2 players 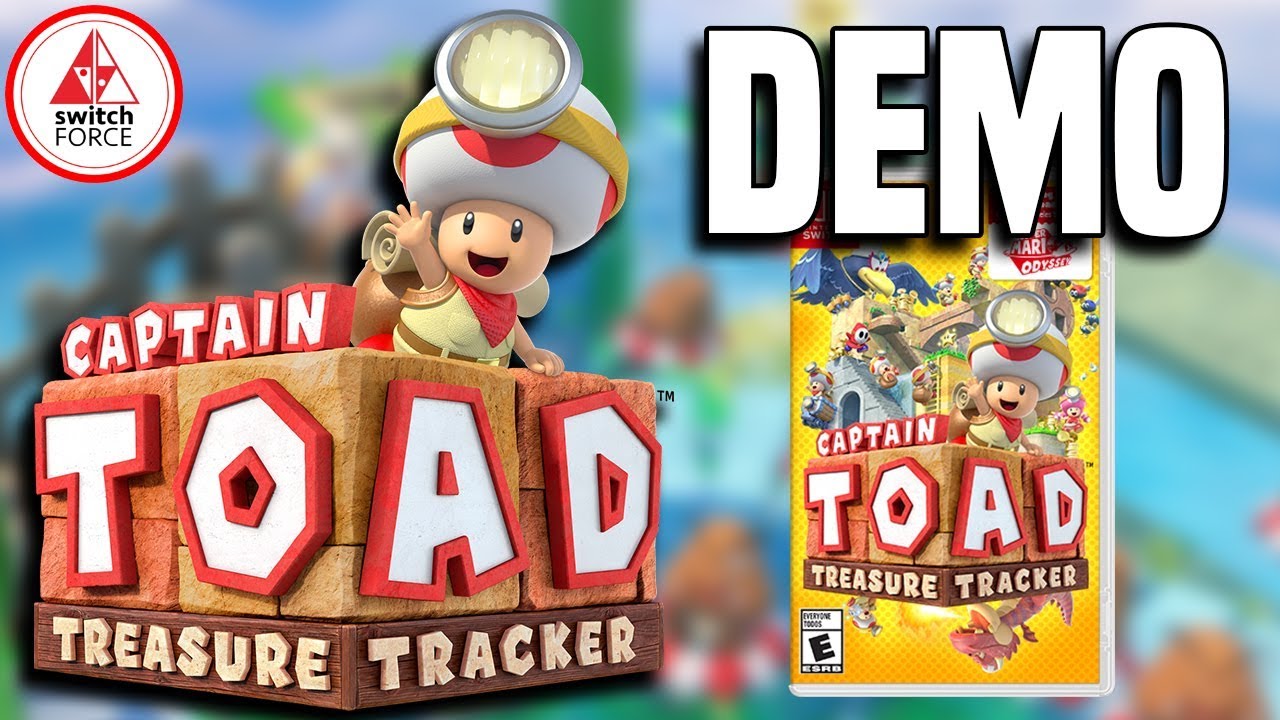 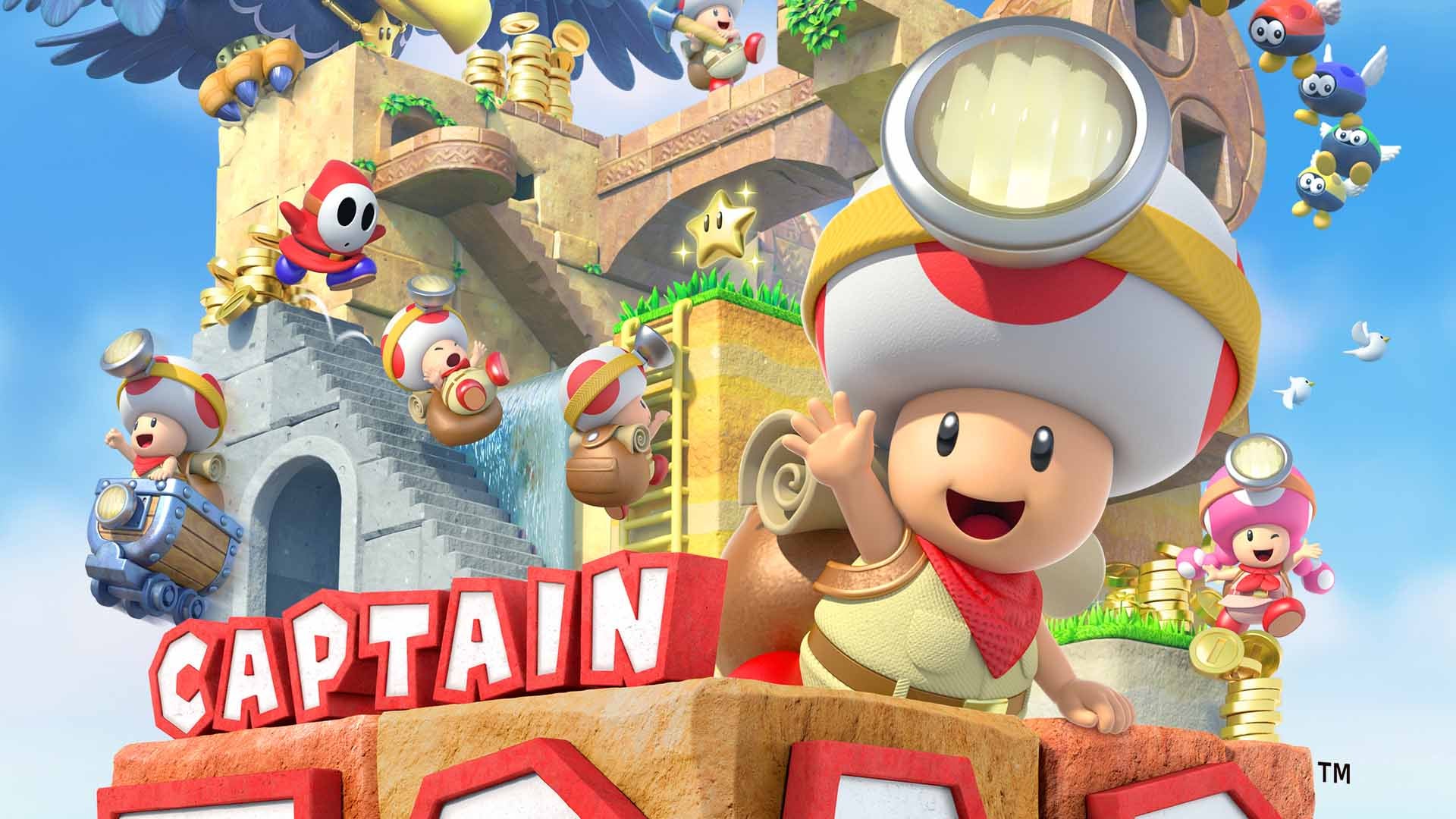