Historically, Linux has not had many CAD offerings. Now 3D Slash has stepped in to fill the void, and it even works well on a Raspberry Pi.

For a long time, computer-aided design (CAD) was the domain of powerful and expensive workstations. This state of affairs has changed considerably in the last few years. More and more CAD software is becoming available for standard PCs or as a web application. The French firm 3D Slash offers a program by the same name in several versions, including one for Linux. The company promises that the Linux version works without problem on the Rasp Pi. A trimmed down version with basic functionality starts directly from the web browser.

In this article, I look closely at the functionality and performance of 3D Slash [1] running on a Raspberry Pi 2 (RPi 2) outfitted with the current Raspbian 'jessie' operating system. I also compare the 3D Slash to Tinkercad [2], the predominant CAD software offered by Autodesk, Inc.

A user can gather first impressions of 3D Slash (Figure 1) by taking it for a spin on the provider's website. A trial run requires only that the user's system and web browser support WebGL.

Figure 1: A trimmed down version of the 3D Slash CAD software is available as a web service.

The website and the application are available in English and French. This language choice does not pose much of a problem for non-native speakers, because operations are performed mostly via buttons, with self-explanatory symbols on the start page, the menu option Learn opens a help page that offers various tutorials in the form of short video clips. It is difficult to proceed without first looking at these tutorials. The clips are short but full of information, so you won't be bored.

Working effectively with 3D Slash requires that the user understand the basics of how the program works. Classic 3D design software starts with a blank slate and then puts together a result seemingly out of nowhere via small and simple shapes. 3D Slash, on the other hand, starts with a solid block of material like real-world stone cutters. In the program, this block, a cuboid, is shaped into a desired form. Much like a stone cutter, the user accesses various tools, including a hammer, drills, and saws to remove material and a trowel to rebuild parts of the cuboid.

Unregistered users can also use 3D Slash as a web application. Registration is required to install the free-standing and higher performing PC version. Registration has been kept simple: The user merely enters an email address and a pseudonym. Once registered and logged in, the user will find software for diverse operating systems under ProductsDownloads.

3D Slash v2 was recently released with separate packages for Linux PCs and the Raspberry Pi. Each package comes as a compressed TAR archive. The software can be installed on a maximum of 20 devices and run under a single 3D Slash ID.

The rest of this article presupposes that you are running Raspbian 'jessie.' Based on personal experience, Raspbian runs much smoother on a hard disk rather than on a microSD card. However, 3D Slash writes relatively little data, so it does just fine with flash memory.

The application must adapt to a key component of the Rasp Pi configuration: memory allocation. In many projects, it makes sense to minimize the amount of main memory the GPU can monopolize. For 3D Slash, however, the user should assign the maximum amount possible, 256GB, to the graphics chip. You can accomplish this in one of two ways. From the desktop, click Menu Preferences Raspberry Pi Configuration, choose the Performance tag, and enter 256 in the GPU Memory field. From the command line, enter sudo raspi-config, choose Advanced Options Memory Split, enter 256, then Tab to OK and press Enter. You have to reboot to accept the new memory split.

When 3D Slash is downloaded via the standard Raspbian web browser, the tarball will land in the /home/pi/Downloads directory. Therefore, the user should use the command line to switch into this directory, decompress the downloaded package to the target /usr/local/ directory, and set the rights necessary for executing the program before starting up 3D Slash (Listing 1). The program creates a ~/3dslash/ folder in the home directory to store its data; otherwise, the program does not change the filesystem.

Buy this article as PDF

Lately we have introduced you to many different programs for 3D design. Which one you choose will depend largely on what you want to design, for what purpose and what level you have in 3D design.

Recently we discovered a program that aims to bring 3D modeling to all audiences. It’s a bit like Tinkercad, but with a very particular philosophy: to bring 3D design closer to the little ones and to all those without experience in 3D modeling through a program that, in their own words “is as fun as a construction game”.

What is 3D Slash?

3D Slash is a program that aims to make 3D design as intuitive as other tasks that we do every day on our computer such as writing a document or editing a spreadsheet. For this, they propose a very simple and intuitive 3D design system, based on a series of tools that allow us, literally, to carve the figure we want.

But the best way to describe something is by looking at its insides: How does 3D Slash work? How much does it cost? Who could be interested?

How does 3D Slash work?

3D Slash has two modes: a web application and an installable program. The web version has the full set of features, besides allowing us to save our models in the cloud, so it’s great for those who don’t have a modern computer capable of running other similar modeling software such as Meshmixer. With 3D Slash you can design from anywhere, even from a phone or tablet.

These modeling tools are clearly inspired by traditional modeling or sculpture, since we start with a block and use the tools to “chisel” small voxels or cubic blocks from our piece, as if it were a sculpture. Similarly we can use the “brickwork” tool that will allow us to add more of these voxels to create the figure we want.

Another very interesting feature is that it has an API that allows you to insert 3D Slash functionalities in your website (or in ours in this case).

As you can see this API allows both to visualize 3D models through its visualization engine and to incorporate more advanced functions.

How much does 3D Slash cost?

3D Slash is a Freemium service. This means that many of its features are perfectly usable in its free version once we register. If, on the contrary, we want to make use of all its functionalities, then we will have available several subscription options as it is usual in these programs.

As you can see, the free version has almost all the features you’ll want to use, the only limitations being:

This means that the free version will work for many of you, but we’ll see this below.

3D Slash is clearly focused on two types of users:

These two types of users will surely be 3D Slash’ target audience, but there may be a third profile in which you fit:

What can you do with 3D Slash?

Well, 3D Slash is a 3D modeling software that, as far as it goes, can do almost anything. However, it is especially useful when we want to build models with little detail or few polygons.

We are going to give you two examples of things that are quite simple but that you can do in a couple of minutes using 3D Slash from its own website. We are not going to go into detail on how it would be done, as that is enough to write another article. Leave us a comment if you are interested in knowing more about how to use 3D Slash.

Whenever we introduce a program we show you how it can be used to make a business card, and 3D Slash was going to be no exception.

In this case, given the nature of the program, we have recreated our card in a “pixelated” and irregular version to give it a more casual tone.

Taking advantage of its API we also leave you a 3D visualization. 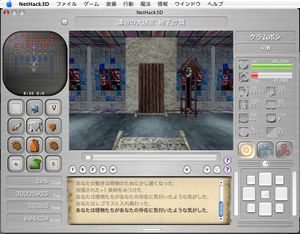 In this case, taken directly from the 3D Slash gallery, we bring you a custom mobile phone case with a logo. It’s very easy to import 3D models and sculpt over them.

Anyway, we leave you the 3D model so you can see it in all its splendor.

Do you want to print your 3D Slash designs?

You know you can always count on us to print any design you make. Send us a message and we will see how we can help you: